Benefits of Flossing…Consequences of Not

As your dentist begins your cleaning, he or she never fails to ask – “have you been flossing regularly?”  The American Dental Association recommends that you brush your teeth at least twice a day and floss once a day. Typically, we have no problem brushing twice a day. The flossing is what falls to the wayside. 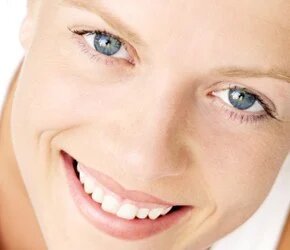 Brushing cleans the tops and outer surfaces of teeth and gums. Combined with an antimicrobial mouthwash, you can kill the bacteria that form plaque. Unfortunately, without flossing, you are unable to remove stubborn tartar and bits of food that can be lodged between your teeth and gums. Floss is designed for that purpose. It cleans the tight spaces between your pearly whites and the gap between the base of your gums and teeth. Together, brushing and flossing are lethal to control plaque.

Flossing regularly reduces the possibility of getting gum disease. Its major role comes into play in the area where your teeth and gums meet, where food can get stuck, and if it isn’t removed, it will harden and accumulate over time to form tartar. Tartar “calculus” is a thick deposit that only the dentist can remove with a scraper. Tartar buildup can lead to swollen, red gums formally recognized as stage one of gingivitis. If you let it build-up further, it can lead to periodontitis and eventually lead to tooth and bone loss.

Keep in mind that your oral health can determine your receptiveness to diseases in your mouth and consequentially, the rest of your body. The Centers for Disease Control has noted that oral hygiene plays a role in preempting diseases and/or keeping them under control. For example, periodontal disease can affect those with heart disease. Flossing and brushing daily can significantly help reduce health care costs for you and your family in the long run.

Concerned about tartar build-up? Questions about proper dental health? Call our Orlando Dental Office to make an appointment today at 407-614-5955.